Renting vs. Buying in Calgary 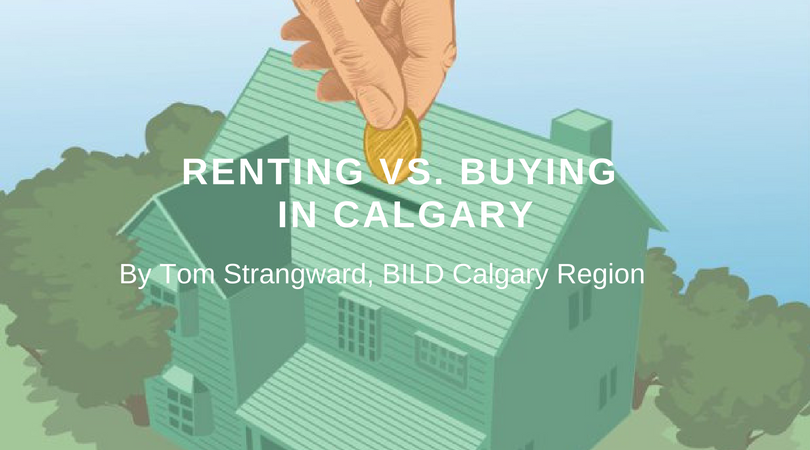 All across Canada, signs indicate a buyer’s market exists in real estate.  This includes the volume of home sales in April of this year reaching a seven-year low for the month, according to the Canadian Real Estate Association, and stagnating home prices in most markets- including Calgary.  However, purchasing a home hasn’t exactly become easy for prospective buyers which brings the option of renting to the forefront.  So- is it better to rent or buy in Calgary?

When it comes to renting, a common criticism is the loss of money as renters aren’t building equity in their home and housing costs will never go down while renters counter their costs are much cheaper than the costs of owning a comparable home as wealth can be built by investing what you’re saving in property tax and home insurance.

The truth is the answer to the question depends on the market you live in and your personal situation.  While housing affordability in Canada’s most expensive market- Vancouver- currently sees 88 percent of the average household income required to buy a home, a market such as Calgary is less than half of that and below the national average of 48 percent.  The downtrodden provincial economy has been a fixture in Calgary for a number of years, but with the province lurching its way out of the slump the real estate market isn’t looking quite as bleak, especially when compared to other larger markets in Canada.  In 2017, only a fifth of Calgary neighbourhoods saw a one-year price decrease, a decrease from a quarter of communities in 2016.

The Calgary housing market is currently settling into a sort of “new normal,” a term used by the Calgary Real Estate Board, as the market is stunted for certain groups such as millennials by as much as $40,000 but others see it as a situation adjusting to a new plateau where housing prices are stagnant and not falling, stable demand is met with consistent supply and wages are recovering from the decline.  Another key factor of Calgary’s flattening housing prices is the prolonged recovery from oil prices which dipped below $40 a barrel in 2015 and a loss of over six thousand residents the following year.  The recovery continues, with downtown office vacancy still over 25 percent.

BILD Calgary Region, the voice of the industry and an advocate of affordability, believes it’s an ideal time to buy.  When comparing these buyer friendly numbers with renting, the Calgary market begins to have a clearer answer to the rent vs. buy question.  During this time of economic recovery, lease rates at dedicated rental properties have seen a major hike, with high-rise rentals, in particular, jumping to 96 percent, up from the 83 percent recorded in 2017.

Another strong check mark stroke in the buy column is delivered when considering the diverse options when it comes to neighbourhoods in the city, with current average home prices set at $557,493.  In the 2016 Canadian Home Buyer Preference National Study done by the Canadian Home Builders’ Association, the majority of new homeowners were identified as peak millennials looking for two-storey single detached homes and a treasure trove can be found in both inner and outer Calgarian suburbs.  Whether it’s a family home in older Hunting Hills (Northwest, average $407,123) or emerging Auburn Bay (Southeast, average $570,576) it appears to be a very friendly time to buy in the affordable Calgary market and be a part of the energy.