In part one of this Q and A we discovered how Postdoctoral Research Fellows for the Richard Parker Professorship in Metropolitan Growth and Change, Dr. Kwangyul Choi and Dr. Alberta Han, explored linkages between campaign promises and the urban challenges facing our city.

One week has passed since the municipal election, and Choi and Han have been able to review their research findings and come up with some interesting analytics and information. These findings will be discussed at our luncheon on October 24.

Until the election results were released, the research and data Dr. Choi and Dr. Han compiled was kept secret, as to not influence candidate’s online presence. BILD Calgary Region was able to sit down with the Dr.’s and ask them questions about their study and their findings. This is part two of the Q and A, click here to read part one.

What did you think was the most surprising outcome of the study?

Dr. Kwangyul Choi – I analyzed the platforms and introductory videos, the most surprising outcome was the significant difference in ways each elected official prioritized the issues. Even within the new council, the individual council put different degrees of emphasis on the same issues.

Dr. Albert Han – As expected, “Tax” came up as one of the top priority keywords in both mayoral and city council elections.  Bill Smith showed negative sentiments to the keyword tax. Top keywords identified from the Nenshi’s social media included “community”, “development”, “Green Line”, “housing affordability”, “Tax” which are likely to influence the policy-making during his new term.

What does the research point out in regards to our city’s issues?

Dr. Kwangyul Choi – As the city service such as policing, recreational centre, schools, etc. affects our daily lives, the issues related to our city’s growth and change (infrastructure, transit, urban form, etc.) also have a significant impact on our daily lives. My research may point out that we all should be well aware of the complexity of these issues.

Dr. Albert Han – Transportation infrastructure (e.g., Green Line, LRT, BRT) were vigorously discussed in both elected mayor’s and councilors’ campaign social media. The elected councillors talked about improving transportation infrastructure in their wards (e.g., roads, transit access). Green Line was also one of the hot topics that were greatly discussed in the elected official’s social media. This may indicate 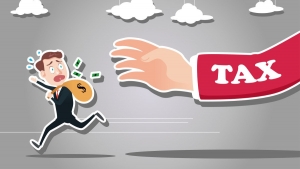 that the reelected mayor and the councilors are likely to focus on addressing the issues on the transportation infrastructure once their term begins.

Tax emerged as a political hot potato in both mayoral and city council elections. How to finance the demanded transportation infrastructure may be one of the key planning challenges that the mayor and the coucillors will face.

What is the takeaway message?

Dr. Kwangyul Choi – Our research can be useful for the elected officials to understand what other elected officials think about the issues related to Calgary’s Growth and Change. From the analysis of the elected officials’ platforms, I learned the difference in a way how individual councillor prioritized issues during their campaign. Each councilor represents their respective ward, but they are also a part of Calgary. Any decision to one ward will affect other wards and even the entire city in many ways. All elected officials should be aware of the fact that a decision they make will affect the citizens’ daily lives.

The issues we are currently facing are not solved by one simple method. The elected officials should understand the dynamics behind their decisions and seek to collaborate with other elected officials. Also, the community should understand the issues that affect their everyday lives and need to raise their voice by actively participating in the decision-making process.

The sentiment analysis on “Tax” suggests that Joe Magliocca of Ward 2, Sean Chu of Ward 4, and the newly elected councilor Jeromy Farkas of Ward 11 showed negative sentiments on “Tax”. Councillor Magliocca has consistently called for decreasing tax during his campaign which seems to be reflected in his social media. Jeromy Farkas’s major campaign agenda was reducing tax and stopping fiscal spending on public infrastructure. He not only showed negative sentiments on “Tax” but also on “Transit” and “Infrastructure”. The other newly elected councilor, George Chahal of Ward 5 showed positive sentiments on “Infrastructure” and “Housing Affordability”. During his campaign, he touched on the issues of improving transportation infrastructure to enhance the accessibility and the issues of housing affordability in his ward.

Other notable analysis results were reelected councilors of Ward 7 (Druh Farrell) and 8 (Evan Woolley) showing positive sentiments on “Downtown”, “Development” and “Infrastructure”. These two candidates have focused their campaigns on downtown redevelopments and how they will seek to improve the aging infrastructure in their wards. Not surprisingly, the councillors of the wards that will benefit from the Phase 1 of Green Line, Druh Farrell of Ward 7, Evan Woolley of Ward 8, and Gian-Carlo Carra of Ward9 showed positive sentiments on this topic.

Please join us on October 24 for our Richard Parker Professorship in Metropolitan Growth and Change luncheon. Dr. Jim Dewald, Dean of Haskayne School of Business at the University and the interim Parker Professor, who proposed the idea for the research project, will be moderating the luncheon on October 24, which will discuss the research findings, include an in-depth panel discussion, and a Q&A period. Click here to register for the event.

The Professorship was a joint creation between the Haskayne School of Business and the Faculty of Environmental Design to address current and pressing urban development, design, environmental, and social issues in Calgary. The Professorship allows schools at the University to work together, along with the City of Calgary, and industry experts like BILD Calgary Region.