Q&A: Part One – Research on Civic Election Candidates Representation of Growth and Change 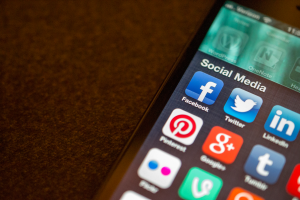 BILD Calgary Region will host a luncheon on October 24, in partnership with the University of Calgary to discuss new research and linkages between campaign promises and the urban challenges facing our city.

The use of social media as a campaign tool is becoming more prevalent. This was obvious in the 2016 Presidential Election in the United States and in the 2017 Municipal Election here in Calgary. Many candidates used social media to communicate with voters, express their opinions and platforms, and debate political issues.

“An election can provide a tremendous opportunity to collect information and views on metropolitan growth and change,” says Dr. Kwangyul Choi, Postdoctoral Research Fellow for the Richard Parker Professorship in Metropolitan Growth and Change.

Until the election results were released, the research and data was kept confidential, as to not influence candidate’s online presence. BILD Calgary Region recently interviewed the researchers about the study.  We are now able to release part one of interview. Part two will be released after the results of the study are analyzed.

Why did you decide to conduct this study?

One of the primary objectives of the Professorship is to create a community engagement platform for facilitating hands-on problem solving on specific issues related to growth and change in the Calgary Metropolitan Area.

Dr. Jim Dewald, Dean of Haskayne School of Business and the interim Parker Professor proposed the idea for the research project – the Calgary Municipal Election Initiative – because the election can provide a tremendous opportunity to collect information and views on metropolitan growth and change.

What was your hypothesis before you started the study?

Instead of having a hypothesis, we explored how candidates prioritized important issues regarding Calgary’s growth and change and how they understand the complexity of those issues during their campaigns. We studied and tracked their Twitter and Facebook feeds and compared it to their website platforms and introductory videos.

How did you conduct your research?

Dr. Albert Han – I used a computer program called R to collect, process, and analyze Twitter and Facebook feeds from the candidates. With the collected data, I employed Sentiment Analysis and Semantic Network Analysis to analyze the pattern in the social media feeds. The Sentiment Analysis is a research method that systematically identify, extract, quantify opinions expressed in a piece of text to determine whether the writer’s attitude towards a particular topic (e.g., positive, negative, neutral). I ran the Sentiment Analysis on the key words on metropolitan growth and change which were retrieved from our Professorship Advisory Council consists of planning practitioners, developers, scholars, and consultants. Other analysis called Semantic Network analysis was used to extract the most influential words from the network of words constituting the candidates’ social media feeds. Using this analysis, I ranked the keywords by their degree of influence. The ranking was then compared by wards and by candidates which allowed me to examine how candidates are prioritizing the given issues on metropolitan growth and change.

Using NVivo (software for qualitative contents analysis), I performed 1) word frequency analysis and 2) coding by themes based on the list of keywords provided by our Professorship’s advisory committee. These keywords are the issues that the advisory committee thinks important. Then I ranked the issues addressed by the candidates to see how they prioritize the region’s growth and change related issues.

What was the most challenging part?

Dr. Albert Han – The most challenging part of this research was collecting and processing datasets. Because the social media feeds are updated real time, I needed to update my database periodically. Creating an online app was also challenging as it required great amount of time of computer coding.

Dr. Kwangyul Choi – Since I haven’t interviewed the running candidates in person, and I have relied on their official platforms, it is difficult to examine whether they understand the complexity of issues related to Calgary’s growth and change.

How much time and resources went into the study?

Dr. Albert Han – Dr. Choi and I had different tasks, mine involved some intensive computer coding. I worked about 14 to 16 hours a day for two weeks to do coding for downloading and analyzing data and another two weeks to develop an online app to visualize my key findings in ways to make them easier for our communities to understand. I hope to launch the app during our October luncheon.

What do you think makes this research valuable?

Dr. Albert Han – The research will provide an important tool that will help people understand the big picture of what candidates are trying to say in a world overflowing with information. This research will help inform our communities on whether the candidates are suitably representing our communities’ interests, particularly on the issues related to metropolitan growth and change.

Dr. Kwangyul Choi – We are providing an opportunity for “community debate.” We will share our research findings to facilitate a discussion using a panel of experts. One goal of the Professorship is to find a way to engage community members and the October luncheon will be the first step.

What happens to the research now?

Now that the election is over we will analyze the data again to see the elected candidate’s views on issues. After the luncheon and the dinner event on October 24, the experience and research will be shared in a paper for publication in academic journals to share my experience of using social media data for identifying the priorities in growth management that are likely to influence the future decision-makings by the elected mayor and the city councilors.

Please join us on October 24 for our Richard Parker Professorship in Metropolitan Growth and Change luncheon. Dr. Jim Dewald, Dean of Haskayne School of Business at the University and the interim Parker Professor, who proposed the idea for the research project, will be moderating the luncheon, which will discuss the research findings, include an in-depth panel discussion, and a Q&A period.

The Professorship was a joint creation between the Haskayne School of Business and the Faculty of Environmental Design to address current and pressing urban development, design, environmental, and social issues in Calgary. The Professorship allow schools at the University to work together, along with the City of Calgary, and industry experts like BILD Calgary Region.

Note: This is part one of a two part interview. Part two will be released Monday, October 23.