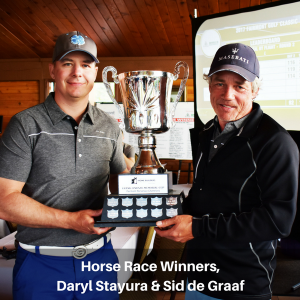 st consecutive year, the sold out Fairmont Golf Classic invited over 300 members to network, and golf in the mountains at the beautiful Fairmont resort. This year marked the first time the tournament was run under the new association name, BILD Calgary Region. The inauguration of the One Club Challenge took center sta 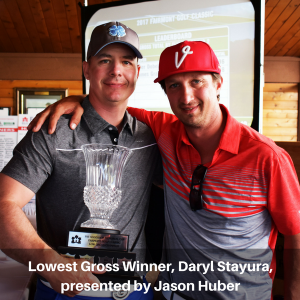 ge as one of the many highlights from the weekend. A spin-off of the horse race, the one Club Challenge was a massive success in its first year. One Club, nine holes and a lot of fun! Congratulations to Daryl Stayura, Breckenridge Builders, for claiming the title of Low Gross Champion. Congratulations also goes to Daryl for winning the Horse race and Frank Lindsay Memorial cup, with partner Sid de Graaf Multiwood Inc. Coming up in Second was Dave Gladney, Morrison Homes and Noel Pilon, Legacy Kitchens.

A sincere thank you goes out to those 50 member companies that stepped forward to help make this year’s Fairmont Golf Classic possible through their sponsorship, including the continued support of tournament sponsor, Double R Building Products.